When is the right time to sell your property? 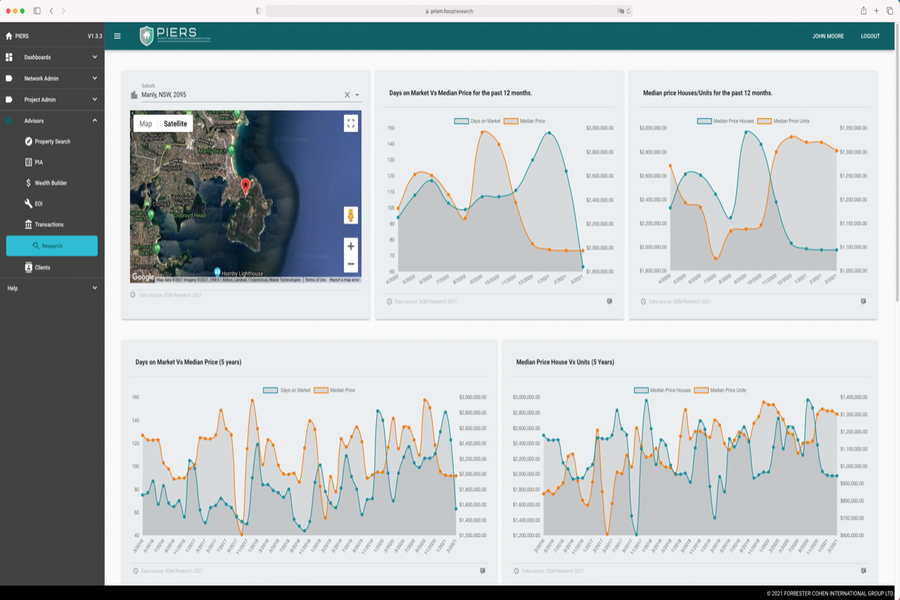 A long-time friend of mine was diagnosed with Parkinson in 2011; he was only in his late 30’s. He had a wife, a young child and one on the way. For the purpose of this article, I will refer to them as Simon and Sarah. They lived in an apartment at Queenscliff. The block was right above the Queenscliff rockpool overlooking the beach and Manly. Despite their obvious love for the apartment it was becoming clear that the apartment was not going to be practical for them both medium and long term. Their boys were soon to become more mobile and they all needed more space.

To complicate things further, they had to consider the impact and the knock on effects of Simons Parkinson’s. Parkinson’s is rare for a man of his age, it’s generally an infliction that usually hits the elderly. It can be a gradual decline or can come on quite quickly dramatically limiting your ability to work. People his age aren’t often afflicted, so he had no real guide to what his path may be.

Simon and Sarah had the unenviable task of planning for a ‘best’ and ‘worst’ case scenario. Their plan was to stay in Sydney as long as his health allowed to maximize their financial position. They then planned to move to the Mid-north coast where they both grew up and had family once Simon’s health no longer allowed for active participation. Sarah was a teacher and the lower cost of living meant moving up North could provide them and their children a reasonable standard of living on a single income.

They approached me in the later part of 2013 to run some numbers and to get my thoughts on the market. “Should we sell our apartment now or hold on?” was a question put directly to me. The Sydney market in 2010 had kicked up 15% and the following two years had been flat in Sydney, in fact it went down 1%.

The market in early 2013 was a bit more active than the previous year. Their agent was confident they would get high $800k, even early $900k. They felt they had done well buying the apartment for around the $700k mark five years earlier.  When they asked me the question my initial gut feeling, given my natural tendency is to be cautious, was that perhaps it was a good time to exit, given the circumstances and that perhaps looking to buy up the coast for the future was a sensible path to head down.

I had participated in a property market research course designed at aiding you to help clients making better property investment decisions. One of the modules was how to source and interpret property data. I found it fascinating, the fact you could put some human science behind the differing property markets. That certain data trends pointed to likely market outcomes.

So I took the knowledge I had learnt and set about my investigations. What I found was the rental market was tightening as vacancy rates were dropping, supply of property was constrained leaving the conclusion that rents were likely to increase. This is not what really stood out to me though. What stood out most was an index that is tracked called Days on Market. This tracks the days a property is on the market from the listing until it is sold. The shorter the days the hotter the market and vice versa.

What is important is the direction with the index heads. If the days each month are shortening then the market is heating up. Each suburb also has a unique range it works within. For example, Sydney, in general operates between 90 days down to 25 days. 90 being a slump (cool) market and 25 days basically an overheated (hot) market. In contrast, I live in an area in the Northern Rivers that is a rural community and is mainly acreage. The days of market range of properties in my area is 220 days (cold) down to 90 days (hot).  Understanding the differing ranges helps you understand what is going on.

Back to Simon and Sarah. Queenscliff had been in the 70-80 days range in 2011, it had trended down to 60 days by the start of 2013 and was at 50 days when I met them. I explained that the market according to this data was on the improve. Given this, if I was in their position I would hold on now and rent it out as demand is high and go find something more accommodating for the family. They had six years capital gains tax free, as it was their principal residence, so we agreed that before the expiry of each lease period we would review the data.

Below is the review of Days on Market per year.

The property was put on the market in the summer of 2018. The property sold for $1.5 million, a $600k gain from the original consideration.

The positive impact this had on my friends’ life was enormous. They bought on the mid-north coast by the beach with cash left over. Despite Simon still being able to work he has now stepped right back (consulting occasionally) to spend more time with his kids.

If you want to find out more on how you can use this knowledge to best help your clients, feel free to get in touch with me.